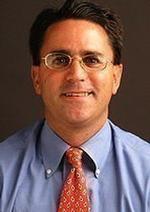 Just the fifth man to guide the Hobart soccer program, Shawn Griffin is entering his 21st season at the helm. Prior to joining the Statesmen in 2000, Griffin spent nine seasons on the soccer staff at Plymouth State (N.H.) University, including eight as head coach.

Griffin led Hobart to a 9-5-4 overall record in 2016. The Statesmen went 6-1-1 in the Liberty League securing the conference regular season title for the first time since 2008. Hobart played to overtime in 10 games, one shy of the NCAA season record, posting a 6-0-4 record in those games.

Hobart posted a 13-3-2 overall record in 2016 under Griffin's guidance, logging its 10th straight winning season. The Statesmen went 5-1-2 in the Liberty League, finishing second in the conference standings and earning a spot in the Liberty League tournament for the second year in a row. Hobart tallied the program's most wins since 2011 (16-4-0).

In 2015, Griffin led the Statesmen to a 12-5-3 overall record. Hobart earned a spot in the Liberty League tournament and took top-ranked St. Lawrence to two overtimes before falling 1-0 in a tournament semifinal. The Statesmen finished with an 11-8-1 overall record in 2013 and in 2012 finished the year with a 10-6-0 overall mark.

In 2011, Griffin led the Statesmen to their fifth NCAA Tournament berth in six years. Hobart notched a 16-4-0 overall record and a 6-2-0 mark in Liberty League play. The Statesmen's 16 victories put them second on the Hobart list for wins in a season, and the Statesmen earned an at-large bid into the NCAA tournament, their sixth appearance in program history.

In 2010, Hobart posted a 7-6-4 overall record, for the program's fifth consecutive winning season. In 2009, Griffin led Hobart to the its first Liberty League Championship and fourth straight NCAA Tournament berth. The Statesmen posted a 15-4-2 overall record after advancing to the second round of the NCAA tournament.

In 2008, Griffin led the Statesmen to a record-breaking season. Hobart posted an 18-1-3 record, setting new program standards for wins in a season (18) and longest unbeaten streak (21). The Statesmen won the Liberty League regular season title, earned the program’s third straight NCAA Tournament berth (fourth overall), and advanced the the third round of the NCAA Tournament for the first time in program history. Nationally ranked in the top-10 for the majority of the season, Hobart finished the campaign at No. 12.

In 2006, Griffin guided the Statesmen to an unbeaten 5-0-2 record in the Liberty League. The Statesmen were nationally ranked all season long, climbing as high as seventh, and advanced on penalty kicks to the second round of the NCAA Tournament for the first time in program history. They finished the year as the 19th-ranked team in the country.

Building Hobart soccer into a national power, Griffin's recruiting efforts and contacts have attracted players from across the United States and countries such as France, Germany, Netherlands, Scotland, Switzerland, and Sweden.

Griffin holds a premier diploma coaching license from the NSCAA and was selected as the NSCAA’s New England Region Coach of the Year in 1998. During his tenure at Plymouth, Griffin was named the Little East Conference Coach of the Year four times.

Griffin lives in nearby Canandaigua with his wife, Carol, and their three children, Olivia, Connor, and Emily.

Bednarsky joined the Hobart College soccer staff prior to the start of the 2016 season. He comes to Hobart after serving as the graduate assistant coach at Heidelberg University for one year.

With the Student Princes, his responsibilities included recruiting, training, goalie training, administrative and management tasks as well as coordinating special events. His coaching experience also includes working for the Stronghold Soccer Club since 2008 and serving as the assistant coach of Gill St. Bernard’s School boys’ and girls’ soccer teams in 2014. Bednarsky has also coached at the Lake Placid Soccer Center Camp-Elite College Camp, as well as, the Soccer Vision Camp and Classic Eagles College I.D. Camp.

Bednarsky was a four-year member of the St. Lawrence University men’s soccer team. He graduated in 2014 with a bachelor’s degree in psychology. A three-time all-region and all-league selection, Bednarsky was the unanimous pick for the 2013 Liberty League Player of the Year and earned NSCAA first team All-American honors that season. He was also selected the ECAC Upstate Offensive Player of the Year in 2013. Bednarsky finished his career with 50 points on 15 goals and 20 assists in 83 matches, guiding the Saints to a 65-11-8 four-year record.

In 2010, Bednarsky was part of a small group of U-18 players to travel to South Africa with the Olympic Development Program prior to the 2010 World Cup. The group represented the United States against top club teams, including the Kaizer Chiefs FC. In January of 2014, he was one of 267 men’s soccer players listed as eligible for the MLS SuperDraft. In addition, Bednarsky had a trial with FC Erzgebirge Aue in Germany. Following graduation, he played for one year on FC Buffalo of the National Premier Soccer League.